ASAMS were pleased to exhibit at the biennial conference held in Aberdeen from the 3rd -6th September at the new exhibition centre. The company was represented by Thomas Whiskin (Director/Metallurgist) and Rahul Wadher (Metallurgist) who spent the week connecting with companies locally and worldwide, whilst networking with potential leads.

The event was packed with exhibitors all involved in the Oil and Gas Industry, showcasing their products and services. Visitors from relevant industries were also present, offering further opportunity for the pair to network and make connections.

After the exhibition, Rahul said "I feel that we benefited a great deal from having a presence at this huge event. The contacts made and networking we were able to conduct will hopefully have a positive impact on the company moving forward in the next few years." 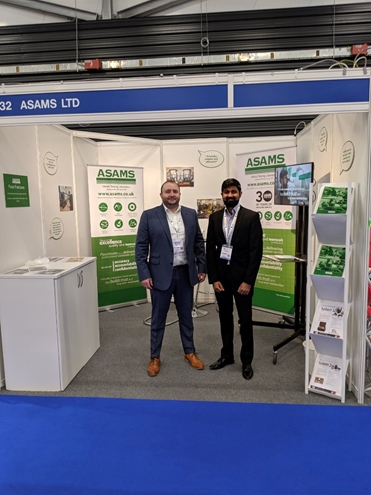